Today, as we in the US watch the inauguration of a new (and very controversial) president, I started thinking a lot about the ideas of both “hate” and “change”. There is no doubt in anyone’s minds, no matter how you voted, that this past election season was one that will never be forgotten. We had two not so great candidates running and we as Americans were forced with picking “the better of two evils”. While I don’t agree with America’s choice (because who really wants a reality television star to be our president), I also don’t know if anyone would have been happy with the other option we were faced with. However, now that it’s here, and we’re looking at this crazy world that we’re going to live in for the next four years, I have to question why those who voted for Trump did so.

Was it because, as many say, are racists assholes who just want to look out for themselves? Or is it because they really were hopeful for the idea that an outsider could bring about the change we need in this world. I can’t answer that question for those individuals, but what I can hope is that it was for the later. What I can hope is that instead of creating walls of hate and separating our society even more, we can look at this as an opportunity for change. We can only hope that his mission to “Make America Great Again” can be done so in a way that allows everyone their personal rights and creates positive change. But alas, only time will tell….

Did I just Go Political?!?

So why am I getting all political in a post geared towards group fitness instructors (because lord knows I am the most non-political person out there)??? Because as I was reading about the protesters down the road from me this morning in Denver, I started to think about how we in the fitness space “protest” certain things. I started thinking about the amount of hate I have seen over the years in the group exercise community. And I started to realize that it was time I finally stood up and spoke out about the need for change.

Are we back in High School?

I’ve said for years that working as a group exercise instructor was like stepping back into high school, with all the cliques, critiques, and drama that came with those four walls. That just like in high school, where you’ve got all those different groups (you know the ones…the popular crowd, the jocks, the cheerleaders, the science geeks, the artsy creators, the music nerds, the “druggies”, and the misfits), group exercise instructors have done a great job at creating divides and letting it be known which of “those groups” they feel into in high school. And NO, this is NOT a good thing!

There have been too many times where I felt like someone was calling me out because I wasn’t “part of their crowd”. Or where I’ve received super nasty emails/texts from other instructors who didn’t feel I had any business being part of “their” team. Or the worst one ever, when instructors would discourage participants from going to my classes out of fear that the participants would like me more than them (yup, I’ve actually heard that said). Mind you, I wasn’t a cheerleader; wasn’t really part of the popular crowd; and wondered a bit through high school between different groups (I was a dancer, athlete, musician, and had a group of friends classified as the “druggies”), so I find it really challenging to understand why people feel the need to do this. I find it difficult to recognize a persons’ dislike for me could simply be because I’m new to them. Thus, I’ve found a way to avoid the cattiness and stand by my beliefs in who I am and what I bring to the table.

Yup, just like in high school, cliques or divides have formed in the group exercise world. From that seen between the freestyle lovers and the pre-choreographed devotees (read all about the “Great Debate” in this article by Carrie Haines) to the lines created between different formas (such as CrossFit vs. Zumba or Yoga vs. Indoor cycle). Cliques are all over the place in fitness. They even form amongst instructors at facilities when protests are made when new instructors join established facilities and teams.

However, what many of these cliques seem to forgot is that just as the world needs all the different groups that form in high schools, we also need all these different types of instructors, formats, and styles of teaching. No one is better than another, they are just different. And different is good.

Respect People for What they Bring, But be Willing to Challenge Them

Maybe the prevalence of this hate in fitness comes down to self esteem issues. Maybe it is directly related to, as Michael Griffith discussed in his article on discovering your personal fitness brand, that some instructors “just want their participants to have fun and like them“. Or for some of it may directly roll back to how a person was in high school, and the mentality they had towards people who were different than them. I’m not sure, but I know that in order for group exercise to be successful that the cliques must stop and that mindsets must change.

I encourage you to…

Why do I say this? Because, I’ve been at a lot of gyms over the years, and the ones I’ve seen to have the most successful programs are those in which instructors

Now, all of this said, the only way to make things better is to step outside of the box and fight for what you believe in. Fight to make the world a better place. But remember, fighting for what you want is not done simply by breaking others down. It is by putting your foot down and standing up to your beliefs.

Those protesters outside my campus today were fighting for their beliefs in equal rights, justice for all, and the refusal to segregate individuals based on gender, age, sexual orientation, religion, or nation of birth. They were doing so in a way that didn’t say “we are right”, but instead in a way that made it known that we need to look beyond the way things have always been and be willing to see change in the world.

I say it all the time, we live in 2017, it’s time for things to be better. This can be said for so many different things, but my goal is to make things better for group exercise instructors and the profession of fitness as a whole. This means looking beyond the way things have always been and aiming to get people to do things differently, such as:

I try to do this in every class I teach, at every certification course I lead, and with every student I have in my Exercise Science undergraduate courses. I know I’ve got a huge uphill battle to fight, but if I’m not willing to fight for what I believe will make this industry I love so much better, than what am I here for?

If so, then HOW? What do you want to do to make a difference in this industry?

Final Note: GXunited is Fighting for That Change

When I was coming up with the concept for GXunited, one of my main goals was to bring together group exercise instructors, small group training coaches, indoor cycling coaches, and mind-body practitioners from around the world and create one central location for them to feel UNITED. Instead of creating another site for one specific format, I wanted everyone, no matter what their favorite format, certification, license, or teaching method to feel comfortable chatting here in this space.

Our mission is stated right there in our name:

and through our commonly used # – #inspirechange

While ultimately I want to make sure that you know your shit and have the basic foundational knowledge needed to lead safe and effective classes, I ultimately want you to feel as if GXunited is THE PLACE you can come to in order to become the best group leader of workout experiences possible*. I want to get rid of the divide. To eliminate the cattiness. And to create a community where everyone feels comfortable being themselves and representing their style of classes without the hatred that may ensue.

*Note, I will call you out if you are putting your participants at risk through unsafe practices, bad technique, or contraindicated movements. Those are just not cool things to do to your participants.

Yup, that was a lot! Wrapping it Up.

So while many of us may be shaking in our boots as we enter into the next four years, maybe it is time to use the craziness of this presidential election to inspire change in the ways we react, believe, and create change.

NOW: Stand up for your beliefs. Stop bashing others. And get outside the comfort box and look deeper.

And for fun…one of my favorite songs, one all about the misfit. 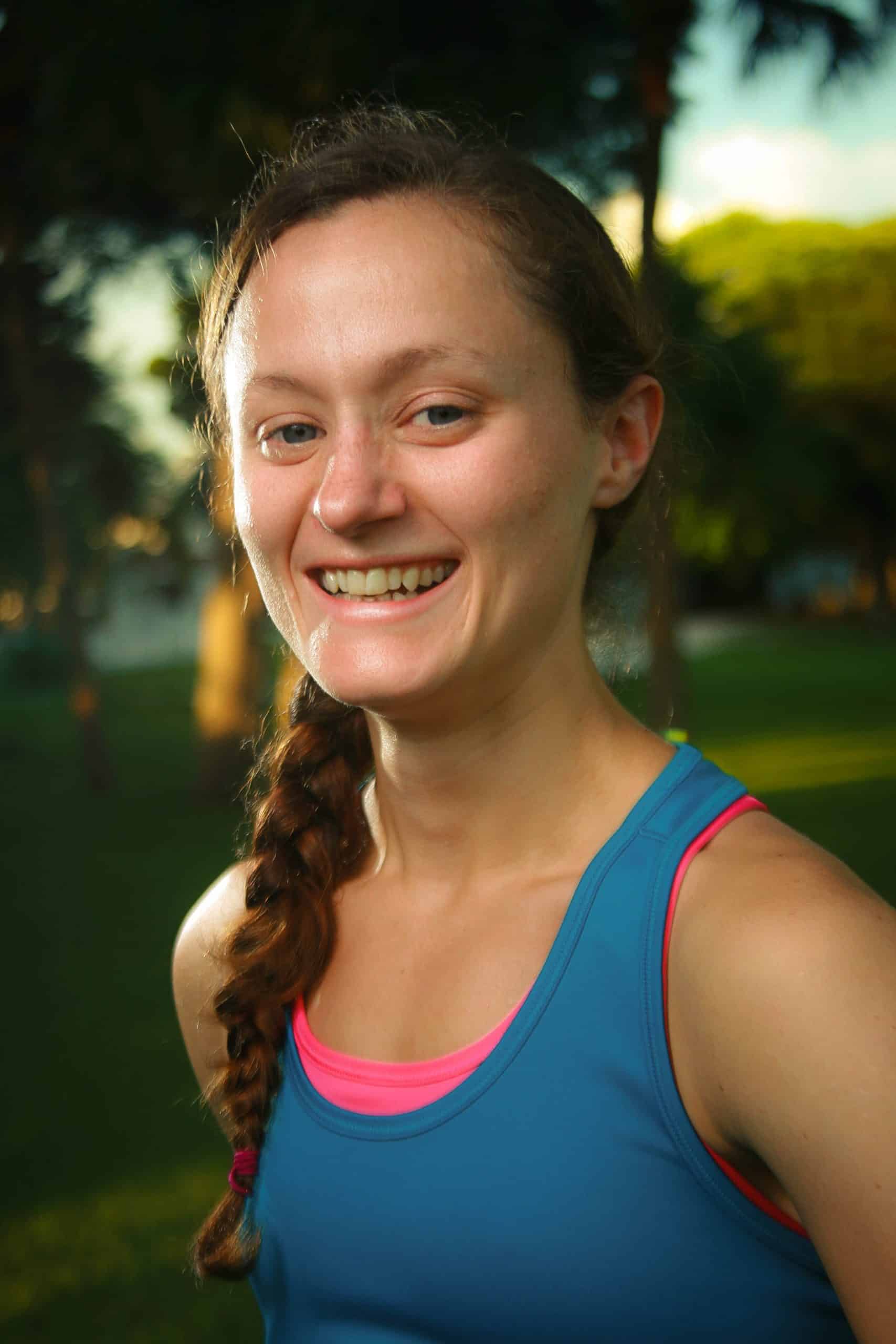 Summer N. Sides (MS, RYT-200, CSCS) is the Founder of GXunited, an educational resource hub dedicated to group fitness and the owner of Greensboro Downtown Yoga. For almost 20 years, she’s helped participants ‘stand taller, move easier, and perform better’ through science backed mindful movement experiences. She’s worked with companies such as NETA, Les Mills, IGNITE360 (a division of IMG Performance), and ACE as a national presenter, assessor, curriculum/program developer, and freelance writer. As a former Lecturer of Exercise Science, she aims to elevate the next generation of fitness professionals through fun and creative educational experiences.
PrevPreviousTake Your Education Beyond the 1-Day “Certification” Workshop
NextRemember What it Feels Like to Be a Beginner: Inside My StoryNext
Article Library
Share Article Idea
Write for GXunited
Facebook
Instagram
Pinterest
Spotify

The History of Cardio Kickboxing Classes 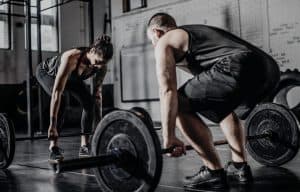 A Look at Pre-Choreographed vs. Freestyle Group Fitness 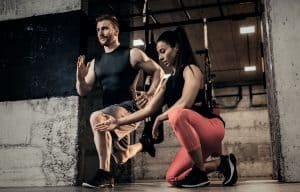 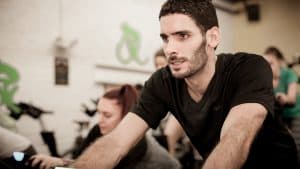 14 Pearls of Wisdom for the Indoor Cycling Instructor