Like many other Group Fitness Instructors, I got into this field because I loved being a class participant. I enjoyed being part of a fitness community. I liked the structure and routine of group exercise. I admired my instructors. I was also that person you hear about in certification courses, the one who secretly hoped the instructor wouldn’t show up so they could step in and teach. Often, I would listen to the radio and pick out songs I thought would be great for a cycle class. I’d put together strength sequences and aerobic routines in my head long before I actually got certified to teach.

“I could totally do this” was a thought that ran through my mind hundreds of times as I was taking classes and observing the instructor. “It must be great to get paid to work out!” was another one.

In the fall of 2007, an instructor approached me after class and said that the gym was looking to hire additional staff, and I should consider getting certified to teach. That quick post-class conversation led to me immediately going home to research how to become a group fitness instructor. Within a couple of months, I completed my certification, applied for a position, and taught my first class.

What started out as a part-time, two-class-a-week side job (I was also a high school English teacher at the time) eventually evolved into a complete career change into fitness management.

As is common for many fit pros who serve in leadership capacities, part of my job description was to teach a few group fitness classes regularly on the schedule and to substitute as needed. About a year into my first job as a fitness director, I was teaching 12-15 classes per week (yeah, way more than a few!). I didn’t have to teach that many classes, I wanted to.

I became certified in and taught a variety of formats ranging from senior chair fitness to aquatics exercise to cardio kickboxing; it was a very exciting time for me as someone fairly new to the industry.

It was also a time when I was beginning to become extremely focused on using exercise as a tool to manipulate my body weight by burning calories…and by teaching 12-15 classes a week, I was burning A LOT of them.

Remember earlier when I said that it would be great to get paid to work out?

I was finally living this fantasy I had prior to becoming an instructor. I was literally getting paid to exercise. At this time, I was also hyper-focused on how many calories I was consuming and became fixated on burning more than I was eating. I was of the belief that being at a calorie deficit was the ideal in order for me to maintain a specific body size, and in order to do so, I needed to maintain a high frequency of exercise through teaching. I placed a lot of value in “looking the part” of what I thought was acceptable of a group fitness instructor. To me, that meant putting a lot of effort into focusing on what I ate and how much I exercised.

This is a common experience among group fitness instructors. A 2007 study exploring body image concerns among fitness professionals through the Self-determination Theory framework noted that “aerobic instructors who are motivated to exercise mainly because their self-worth is contingent upon exercise and its associated outcomes (such as improved physical appearance) are more likely to have high levels of body image concerns and social physique anxiety, as well as lower levels of physical self-worth” (Thøgersen-Ntoumani, C., & Ntoumanis, N., 2007).

During this time, I received so many compliments from my class participants and from people close to me about how “fit”, “healthy”, and “inspirational” I was. Admittedly, it felt great to be admired in this way.

What others didn’t realize was that I was always hungry. I would make a point to eat what I perceived to be “healthy”, “clean”, and within a certain calorie range throughout the work week while I was teaching, but by the time Friday afternoon hit, this high level of exercise and dieting came to a halt. Physically, my body needed calories and by the end of every week, I had zero energy left. Mentally, I was exhausted from trying to keep track of how many hours I spent exercising in relation to what and how much I ate throughout the week. This eventually evolved into a pattern of being heavily focused on diet and exercise during the week and experiencing binge-eating like behaviors throughout the weekend.

At the time, I didn’t recognize that these were disordered behaviors and neither did anyone else. I was being “fit” and “healthy” and “motivating”, remember?

IS IT DISORDERED OR ARE WE JUST DOING OUR JOB?

The unfortunate reality within the fitness industry, specifically among group fitness instructors, is that over-exercising and being extremely attentive to things like calories and food intake aren’t viewed as problematic behaviors. Fitness center managers, gym members, and instructors rarely view so-called healthy behaviors (i.e. dieting, over-exercising, and a preoccupation with a specific body aesthetic) as disordered because it is assumed to come with the territory of being a fit pro. These behaviors, often masked as a healthy lifestyle, can quickly snowball into body dysmorphia, food obsession, compulsive over-exercise, or even an eating disorder.

My “fit”, “healthy”, and “inspirational” behaviors did not completely evolve into an eating or compulsive exercise disorder. If it weren’t for discovering the concepts of Health at Every Size® and Intuitive Eating seven years into my career as an instructor and group fitness manager, it very easily could have happened. Learning how to reject the diet mentality, respect my body, and to stop using exercise as a means to manipulate my weight prevented me from developing a full-blown eating disorder. Gaining a better understanding of diet culture and its stigmatizing omnipresence within the fitness industry altered the lens through which I viewed health and completely shifted how I taught my classes and led my team.

Because of this, it became necessary for me to implement boundaries regarding my class schedule, shifting from 12-15 per week down to 5 or fewer. This was an essential step for me to heal my relationship with eating and exercise and a priority I still maintain today.

When I reduced my personal class schedule, it opened up opportunities for other instructors to take over those prime class slots. Stepping down from being in the spotlight as an instructor created a vital shift in my leadership style, one that was needed to effectively run a successful program from behind the scenes.

And, contrary to what I believed to be true at the beginning of my group fitness career: I also finally realized that I was not, in fact, there to get paid to exercise. As instructors, we’re there to coach, guide, and lead. It’s not our responsibility to perform all of the movements or prove we’re the fittest person in the room. It is our job, though, to ensure the participants feel welcome, safe, and invited to be a part of the class community.

When our members see us teaching an unrealistic amount of classes per week, it sets the tone that they should be taking that many classes as well, which is unsustainable and unhealthy for everyone. It encourages our more “vulnerable attendants can be inspired to adopt such unhealthy and extreme behavior” and further perpetuates appearance-based motivation (D’abundo, M. L., 2007).

SHIFTING THE CONVERSATION AND CREATING CHANGE

Although the prevalence of disordered eating and compulsive exercise behaviors among group fitness instructors can be found in almost any fitness facility, it’s rarely discussed in certification courses, continuing education programs, or among instructor peer groups due to the guilt-laden nature of these topics.

By overlooking disordered behaviors or writing off over-exercising and under-eating as simply an instructor “being healthy” or “just doing their job,” we’re maintaining a precedent that this is the unspoken norm. This doesn’t just negatively affect fit pros, it also trickles down to our class participants and preserves a system founded upon diet culture, anti-fat bias, and a distorted view of the fit ideal.

As group fitness instructors and coordinators, there are some things we can do to disrupt this cycle:

Shame-Free Fitness is a new continuing education course for fitness professionals who strive to be the change within an industry centered around diet culture. This is a course specifically designed for group exercise instructors, personal trainers, group fitness coordinators, gym managers, and other fit pros who value serving their members in a way that’s free of guilt, shame, manipulation, and weight-loss centered messaging. 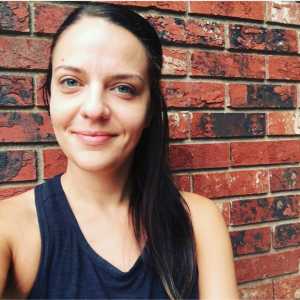 Sadie Simpson is a Group Fitness Instructor, Personal Trainer and Certified Intuitive Eating Counselor in Asheville, North Carolina. She helps other fit pros disengage from diet culture so they can improve program enrollment, engagement, impact & retention without shame and manipulation. With 15 years in the fitness industry as an instructor, trainer, group fitness manager, health educator, regional trainer for the YMCA of the USA, and Intuitive Eating counselor, Sadie merges her experiences to create opportunities for other health and fitness professionals to serve their members in a values-driven way. She is the founder of Shame-Free Fitness: a continuing education course for fit pros who are committed to doing things differently within the industry and co-host of Satisfaction Factor: a podcast where we explore how ditching diet culture makes our whole lives more satisfying. Other virtual and in-person services include: personal Intuitive Eating coaching and workshops for businesses and community groups. You can find Sadie on Instagram @thesadiesimpson.
Read More 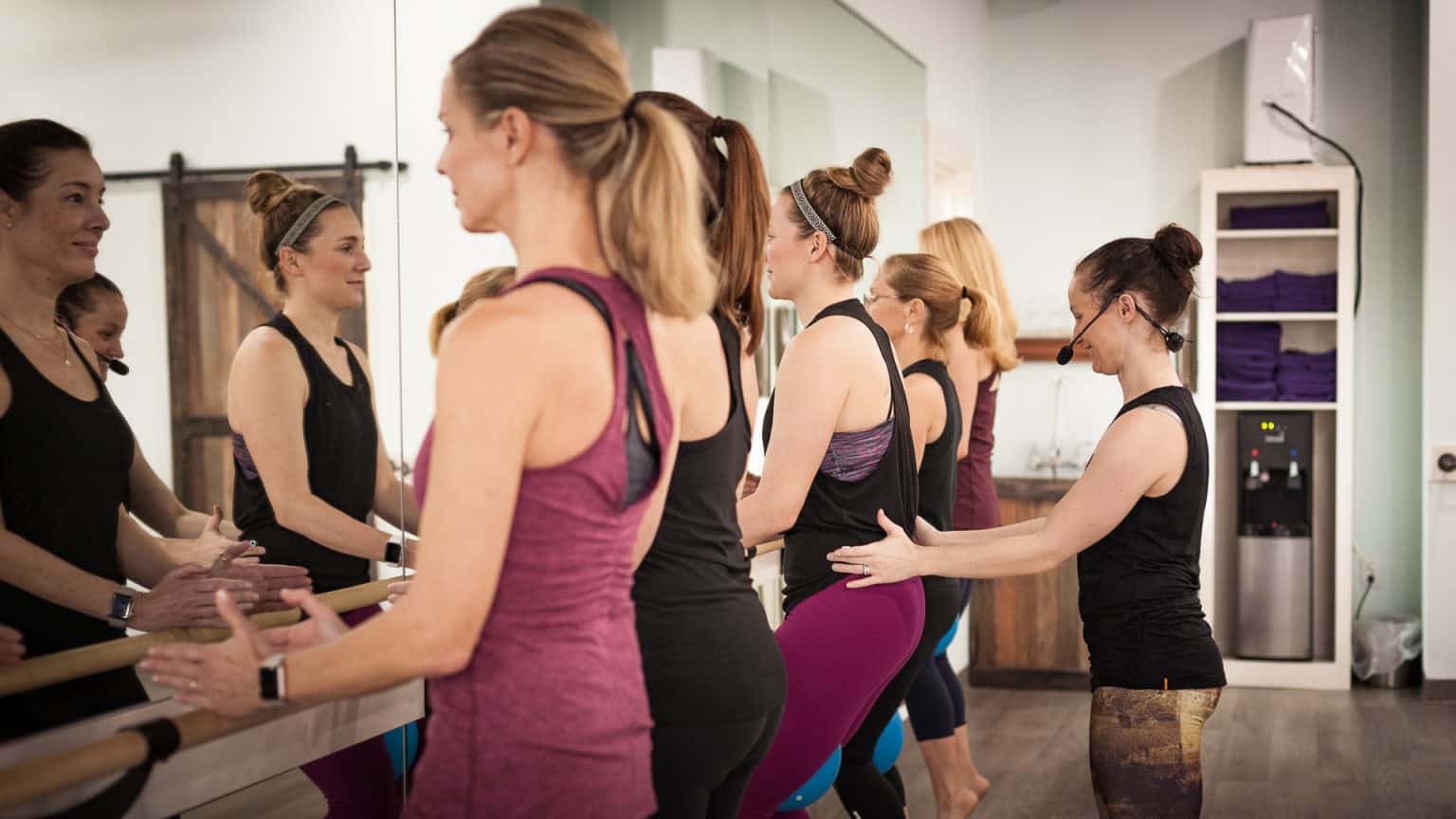 Get everyone moving in a safe & effective way with these 3 tips for coaching to visual, auditory, and kinesthetic learners in group exercise classes. 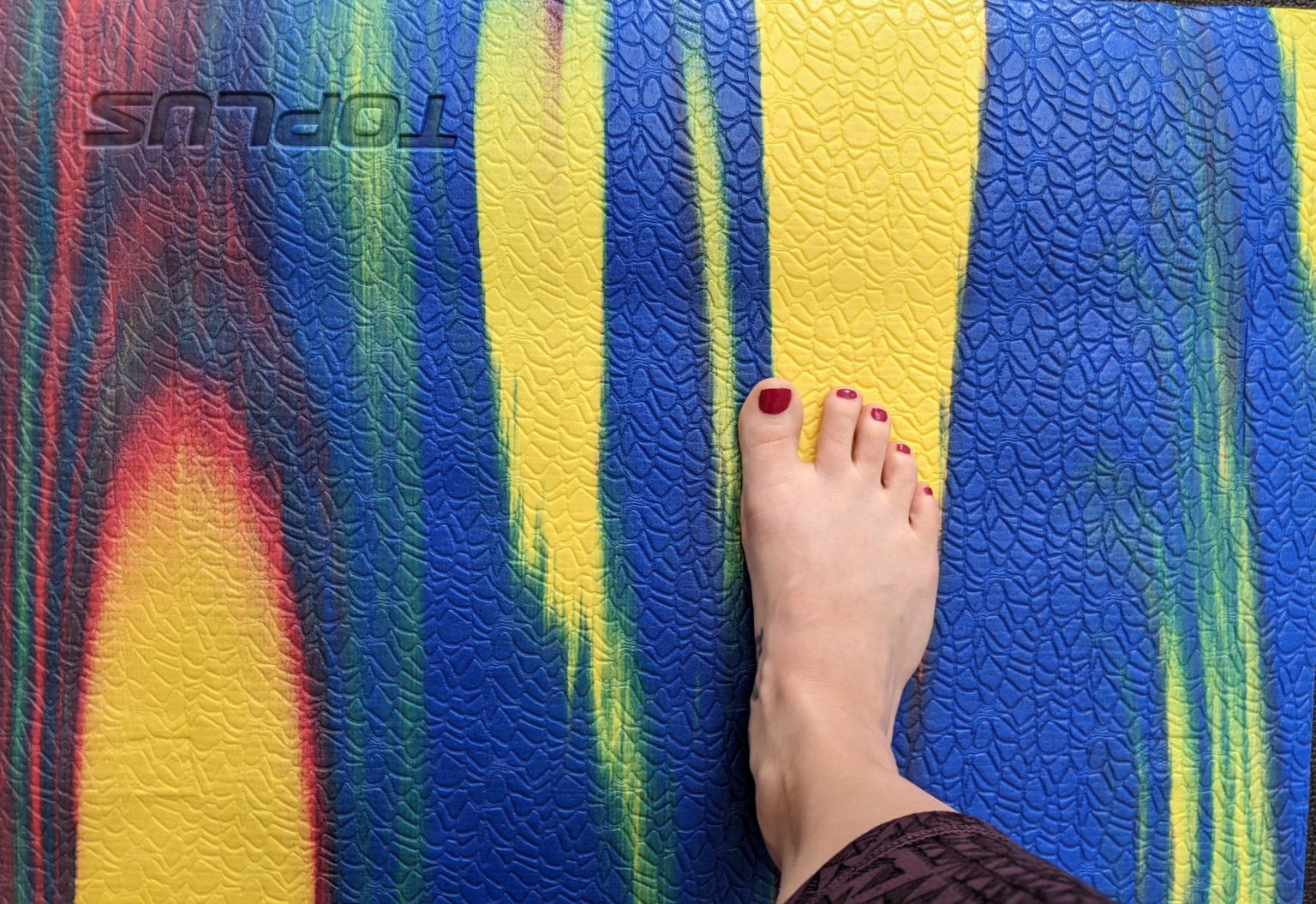 Summer N. Sides recently discovered the TOPLUS Eco Yoga Mat, check out her review of using the mat as a yoga teacher. 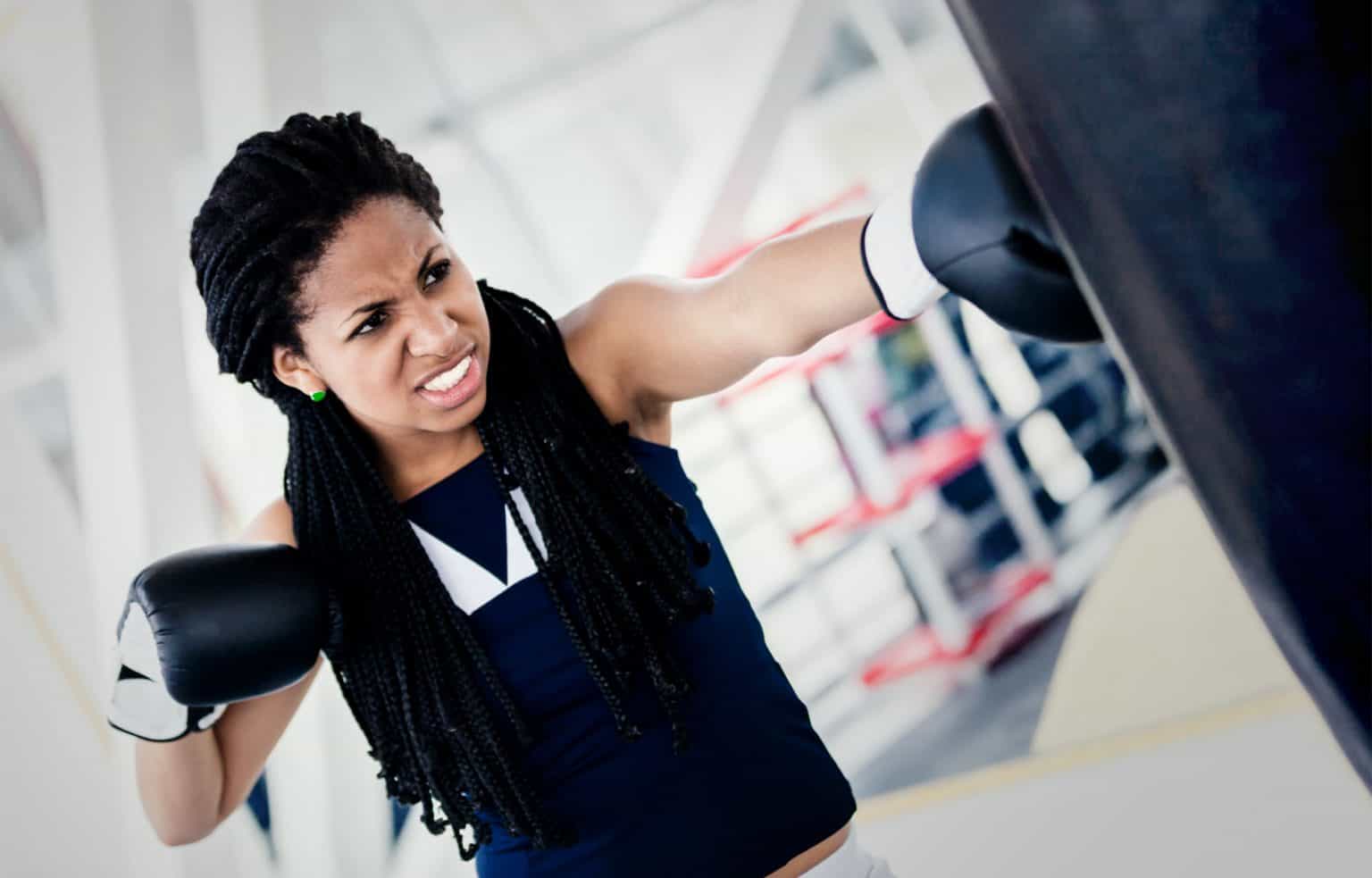 It’s not about ignoring the negative nelly’s, but understanding how to deal with them.